V Kontakte, a Russian social media site, located in Saint Petersburg, Russia. It operates in the former Soviet region and has currently 100 million users. Approximately 70% of its users are within Russia.

The staff is young and so they wanted more informal spaces and less ‘traditional’ formal spaces. The design concept was ‘an industrial warehouse’. Therefore, the design challenge was how to convey the theme within a new building.
The new premises are mainly open plan, so detail to acoustics was critical to the success of the design. GI’s expertise is achieving silent open spaces and an open plan offices. Carpets were specified throughout since the majority of staff are young women with high heeled shoes. There are variety of spaces from phone booths to silent areas, from meeting rooms to play areas. Despite the dark colours on walls and ceilings; spaces are not dark or gloomy. To add a bit of brightness and playfulness colours and features have been added to furniture, textiled rugs and manifestations. Also, reflective finishes; splashes of white on ceilings and walls have been added within specific areas to achieve reflective light and brightness when needed.
To highlight the type of company – social media, social networking; prints of peoples’ faces were added on manifestation. The images are relatively abstract;(raster) when near the image and once further you can see quite clearly the face (impressionist).
Each solution has been thought over in great detail and consideration and, as always, user driven/focus, the client wish list/brief. As well as incorporating the company¹s image and brand. 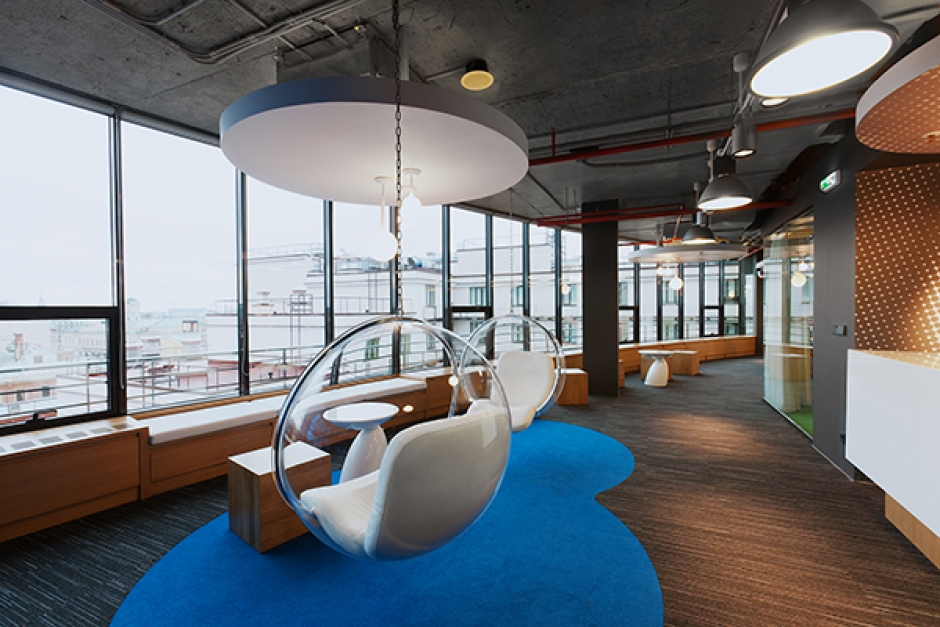 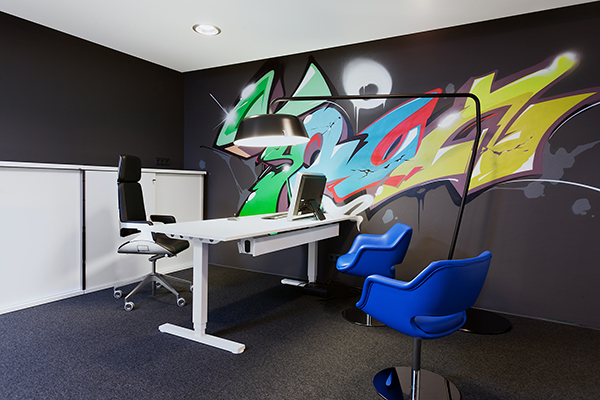 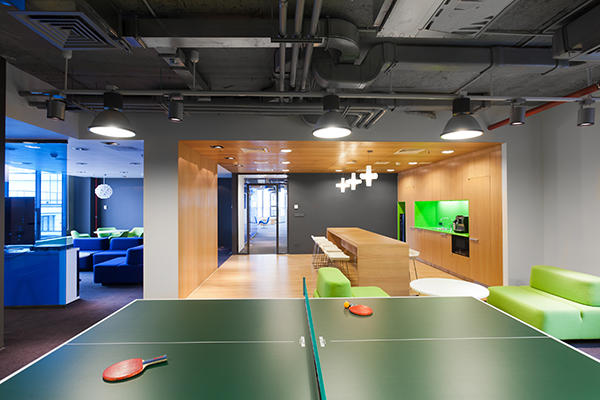 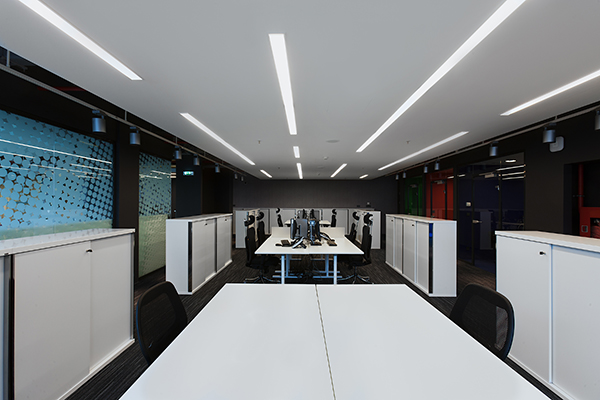 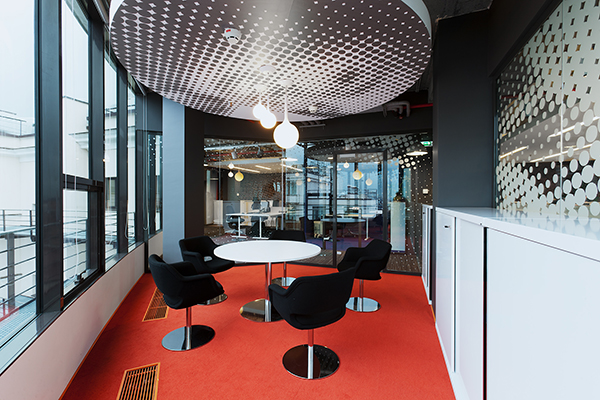