The new central train station and the government area are to be connected to the underground rail network by an extension of the U5 underground line from Alexanderplatz. We designed the new station in front of the Berlin City Hall.

In the original design of 1999 – which derives from a cooperation with RRP London – this underground station was planned as an interchange station (underground lines U5 and U3) on two levels. Due to a changed political and budgetary context, we had to redesign the station in 2009.

In 2010 excavation of known archaeological remnants of the first, medieval town hall of Berlin started. This triggered a political movement to retain as much of the findings as possible. The original policy to excavate, record and remove the remains was abandoned. We were asked to develop a revised design to take account of this.

As a result a very compact station was designed. Large openings bringing daylight to the platforms could not be realised anymore. The new design identity of the station was created by a strong spatial concept and an expressive structure using “mushroom columns” and the treatment of the walls. All wall surfaces are made from sprayed concrete sanded and polished, a material never used before. The design communicates the movement and dynamics associated with inner city rail travel. 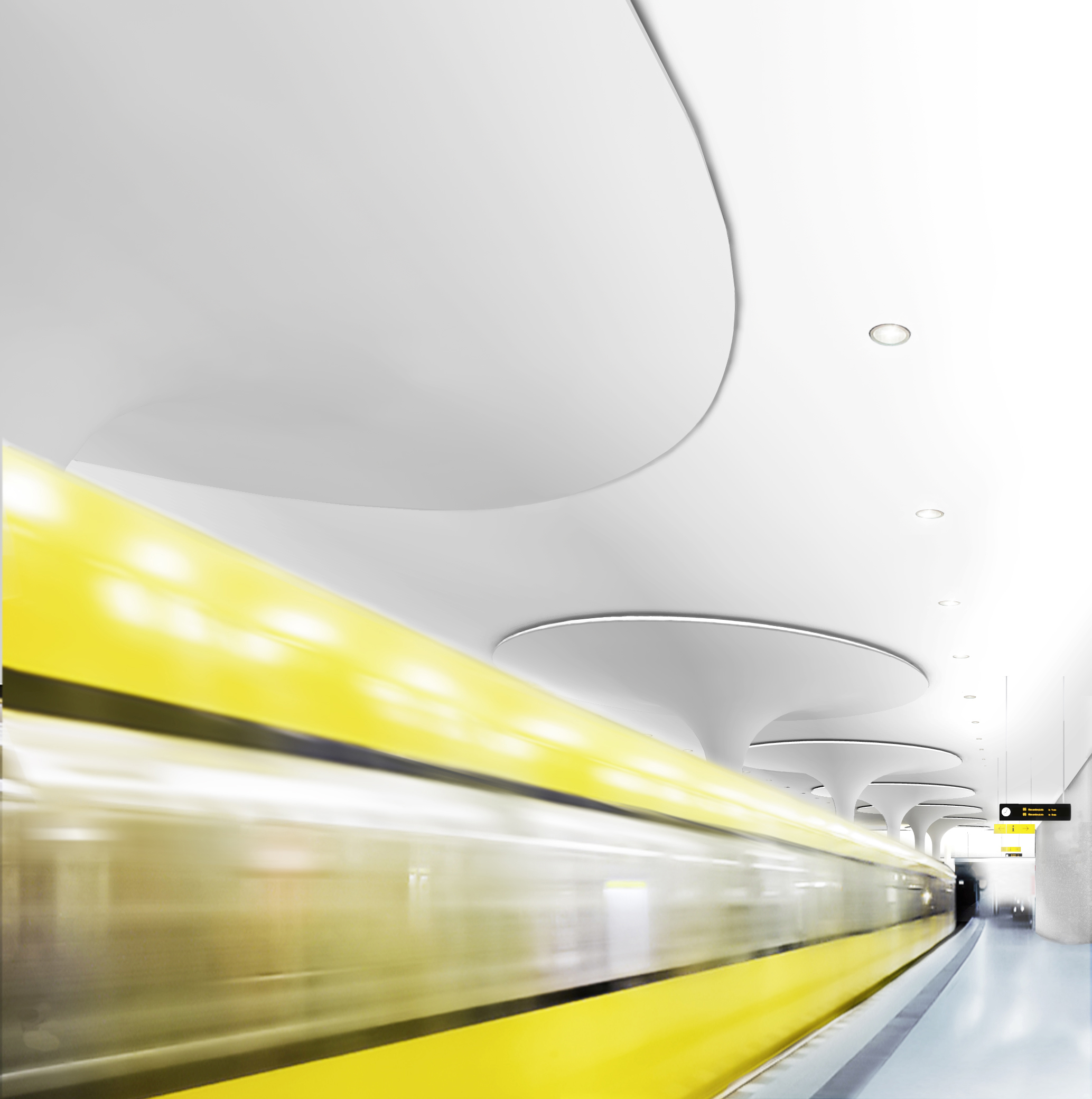 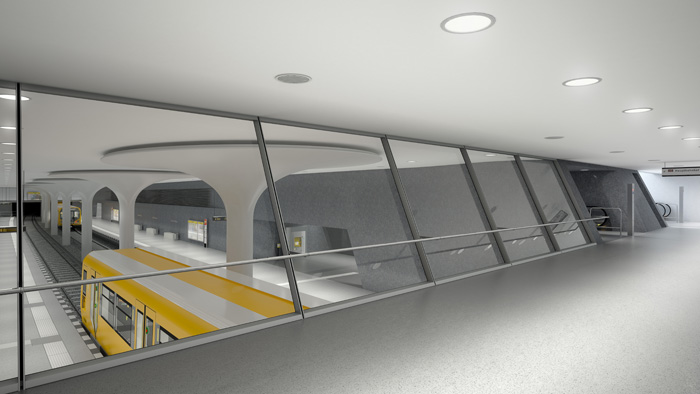 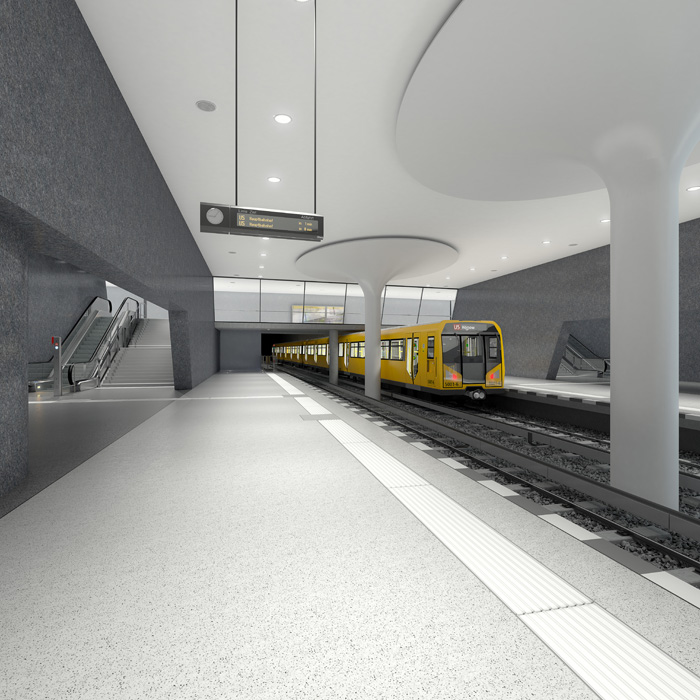 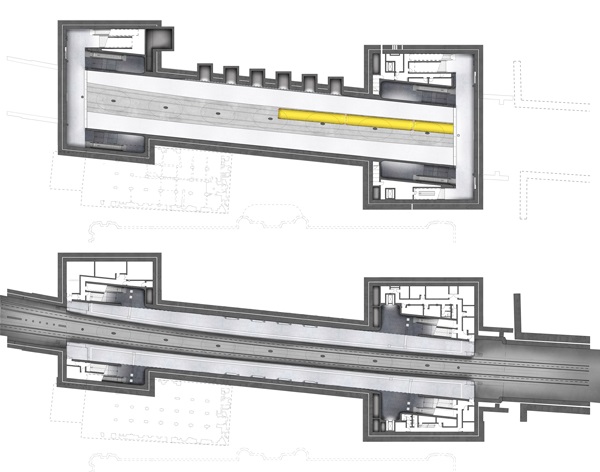 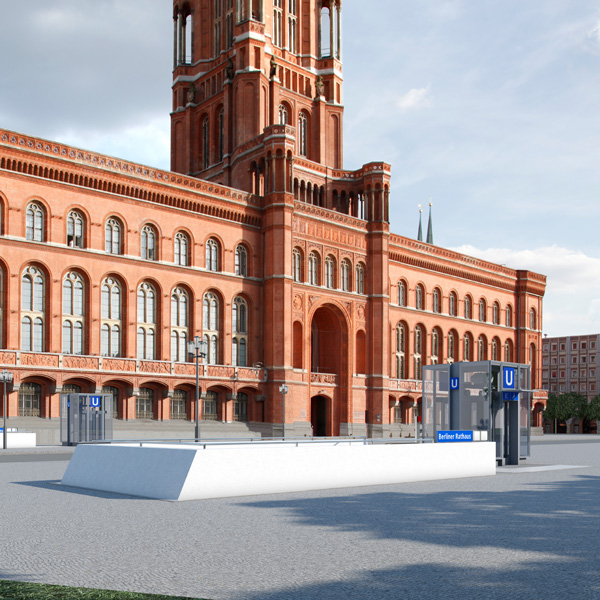